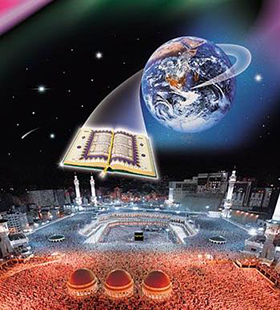 As time passed, the human race began to advance. More and more countries began to be inhabited and means of communication between them began to improve. Through mutual contact, people of different countries began to appreciate the need for a universal religion. Also, as noted above, the adulteration of original teachings caused the need for fresh guidance from God Almighty, who is the Original Source.