The second act of worship is Prayer or Salat which means glorification and praise. The purpose of Salat is to establish personal communion with Allah, purify one’s inner self and seek His help in all difficulties. But to achieve this objective, we must try to make our Salat, a perfect Salat.

According to the Holy Prophet, a perfect Salat is the one during which the worshipper’s attention to Allah reaches such a climax as if he/she is seeing Allah or, at least, that Allah is seeing him/her. 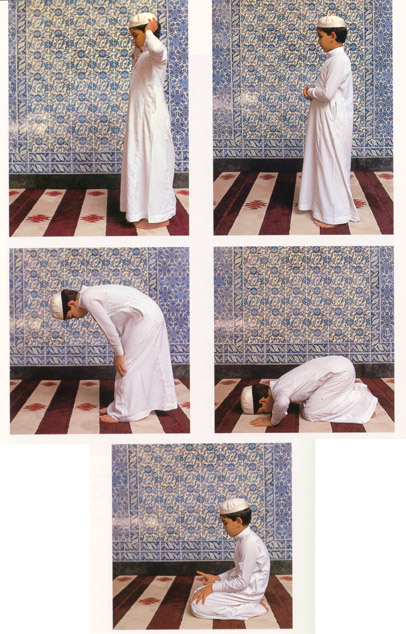 Salat is in fact, the essence of spiritual life. For Muslims, Salat is made part of everyday life. A Muslim does Salat five times a day – in the morning before sunrise; another just after midday; a third in the afternoon; a fourth at sunset; and a fifth later in the evening. The names of these five Daily Prayers are as follows:

Fajr Prayer – in the morning before sunrise

Zohr Prayer – in the early afternoon

Asr Prayer – in the late afternoon

Isha Prayer – later in the evening

There are certain times during the day when the performing of the Salat is prohibited. These times are:

The reason for this prohibition is that there are some people in the world who worship the sun and the above times happen to be important in the daily cycle of the sun.

Finally, there are three types of prayers:

Fardh Prayer: these are the five obligatory prayers (as above).

Sunnah Prayer: although not obligatory, these Prayers were regularly offered by the Holy Prophet and therefore, should be performed by Muslims.