Recently, a Muslim unmarried lady got pregnant and her brothers killed her believing it to be an “honour killing” to protect the name of the family. Sadly there is a lot of ignorance in Islam and Muslims do things “in the name of Allah” which has nothing to do with Islam. It is based on custom or ignorance. Unfortunately, these days many Muslims fear man – their relatives, community etc. rather than fearing Allah.

In other words, they would do something to make sure their relatives are happy, even if it is against the teachings of Islam! This action of the brothers was unIslamic. You can not kill anyone like this. If a person kills one of your family members, then you can ask for revenge (death penalty) or blood money. But it would have to be judged first, you cannot take the law into your own hands. In the above scenario, the couple would have committed fornication. 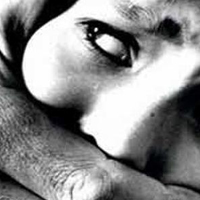 Many Muslims believe that you can stone a person to death for committing Adultery or fornication. This is a Jewish teaching and whilst the Holy Prophet may have on occasion applied the Jewish law, before the Islamic law on fornication and adultery was sent down, once the Islamic law of 100 lashes was revealed, then that is the only punishment for Muslims. Yes there may have been cases where a Jew came to him for punishment, in which case he would give them the choice of the Islamic law or Jewish law. Naturally, the Jew would have to choose the Jewish law; if he accepted the Islamic law, then he should become a Muslim. But the Maulvis (Islamic religious leaders) these days, try to enforce the Hadith (stoning to death) over the Holy Qur’an Chapter 24, verse 3 (100 lashes) and the majority of Muslims accept the verdict of these Maulvis. Even if you apply the 100 lashes, first you have to have four witnesses seeing the act take place (being pregnant is not enough) and then you apply the lashes not to break the bones or cause death, but it should hurt the skin only. The 100 lashes are done openly, and the main punishment is the disgrace, not to badly injure or kill the person.

Sometimes, parents want to take their children to Pakistan etc. in a bid to prevent them continuing an affair. Sometimes they go to further extremes such as cutting them off completely – disowning them, these are methods one can use, but they are not very effective; but killing them is certainly not allowed. Respect (Izzat) is very important to Muslim families. They will go to many extremes, rather than face other family members or feeling disgraced in front of their community. But at the end of the day, Muslims must strive to win Allah’s pleasure not His displeasure. Therefore, God must always come first not doing something unIslamic to save face amongst your family and friends. Hence the practice of ‘honour killing’ is foreign to Islam and finds absolutely no support in the Holy Quran.

Previous Topic The Concept of brotherhood in...
Next Topic  Scientific Prophecies in the...