Acts of worship without service to humanity are not acceptable to Allah. The rights of human beings are as important as the rights of Allah. In specific cases, even more emphasis has been laid on the service of humanity. The Holy Prophet Muhammad, may peace and blessings of Allah be upon him, says:

“One who does not show mercy (to people) will not be shown mercy (by Allah)” (Muslim).

This saying of the Holy Prophet Muhammad, may peace and blessings of Allah be upon him, teaches us another important principle of social conduct. We must try to follow the attributes of Allah in our daily lives. As a result of this, Allah’s attributes would become operative in our favour. For instance, if we forgive our fellow human beings, Allah will forgive us.

Verily, you have in the Prophet of Allah an excellent model (33:22)

This verse of the Holy Qur’an tells us that Holy Prophet Muhammad, may peace and blessings of Allah be upon him, was a perfect model for the whole of mankind. Therefore, it becomes possible for us to adopt good morals by following his noble example. If we forgive our fellow human beings, Allah will forgive us.

Looking after the orphans, the wayfarer, the neighbor and the poor.

Similarly, Muslims are enjoined to look after the needs of the wayfarer and the neighbour. Islam does not favour the idea of looking after one’s own needs and requirements only. In Islam, an individual is part of a social whole and is urged to share his or her good fortune with other fellow beings.

Great stress has been laid in Islam on honouring agreements and trusts. Muslims are enjoined to fulfil all covenants, whether they be with God or with fellow man. Islam teaches great respect for the law, both religious and social. The Holy Prophet Muhammad, may peace and blessings of Allah be upon him, and his companions always stood firmly by their agreements and treaties even under the most trying conditions. There was not a single instance when they broke their pacts with any other nation or group.

The trusts and agreements can take a variety of forms. They may include treaties or pacts between nations, or the trust that an employer places in his employee to look after the business, or the trust that is implicit in all marriage contracts, or business transactions that may be carried out between two parties, or the trust which the electors place in their nominees. These are all trusts that must be discharged honestly.

History tells us that even the bitterest enemies of the Holy Prophet Muhammad, may peace and blessings of Allah be upon him, acknowledged his truthfulness and called him as-Sadiq (the truthful) and al-Amin (the trustworthy). Being so truthful and honest himself, he laid great emphasis on truth as the basis of a high moral character. The Holy Qur’an also mentions truthfulness as the most prominent quality of a Muslim.

A Muslim always speaks the truth even if it goes against his own interests or the interests of his relatives or friends. Giving of false testimony, therefore, is strongly prohibited in Islam.

Carrying out of justice

In Islam all people whether rich or poor, strong or weak, men or women, have equal rights. Islam strongly forbids the violation of anyone’s rights and enjoins all Muslims to carry out justice. In the discharging of justice, no special favours are to be granted to either party and bonds of friendship or kinship are not allowed to influence one’s decision.

Kindness to parents and children

In the moral code of Islam, kindness to parents occupies a very high position. Complete obedience to parents is enjoined upon Muslims as long as this does not conflict with one’s duty to God. Similarly, parents and elders are urged to show mercy to the young. The Holy Prophet Muhammad, may peace and blessings of Allah be upon him, is reported to have said:

The Holy Prophet Muhammad, may peace and blessings of Allah be upon him, was fond of children and always wanted the Muslims to excel among other communities in showing kindness to children. It is also a charity in the eyes of God to attend to the children’s educational needs, spiritual welfare and their general well being.

While the rights of fellow man are indeed paramount, the religion of Islam does not ignore the rights of the animal kingdom. A verse of the Holy Qur’an clearly draws one’s attention to this fact:

“There is not an animal on the earth, nor a bird that flies on its two wings, but they are communities like you” (Ch 6, verse 39)

Man, therefore, must treat all animals with great kindness and compassion. Man employs many animals for his own use and even eats their meat. In Islam, the beasts of burden and animals used for riding or ploughing the fields must not be over-worked or pushed beyond their normal limits of endurance. Similarly, animals that make up the human diet should be killed or slaughtered in the most humane manner. 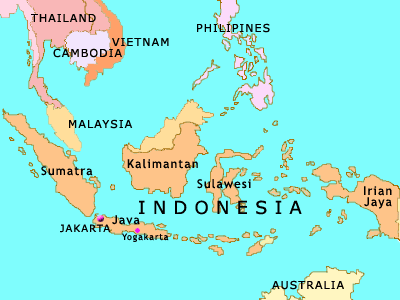 The majority of Muslims in the World come from Indonesia!